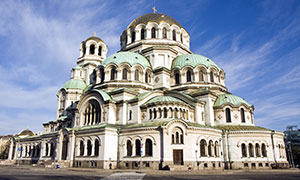 “The management of Event Design Inc answered to the professional standards of organizing a conference with international participation. The quality of the services was exceptionally high, which only confirms that the company is a reliable and able partner in the organization and logistics of events.”
Luchezar Afrikanov
Senior Expert
"Educational Research and Planning" Human Resource Development Centre, 2011